A living language is, as one modern linguist has put it, a lot like the “lava” in a lava lamp. The forms and meanings of words never stop evolving, in a lazily chaotic state of flux. As we’ve seen time and again in these etymological reflections, English words are no exception to this rule. They can wander surprisingly far from their original contexts and connotations over time. In today’s instalment, we look at some words that have stretched and drifted in directions so unpredictable they’ve rotated a full 180 degrees away from their original connotations.

“Nice guys finish last,” says the proverb. Ideas of what it means to be nice can vary, though, even just in terms of the word’s dictionary meaning. There has been a striking shift in the meaning of the adjective over the centuries. First attested in Middle English as a borrowing from French in the thirteenth century, it had a connotation of stupidity and incompetence. In one of its earliest written attestations, for example, we find a Middle English speaker shamefully admitting that they can be very “nyce” at times (William of Palerne, 1375). By the end of the fourteenth century, the sense “timid” is attested, and by the turn of the century a shift to “precise and fastidious” or “delicate” can be seen. While this new meaning was still potentially quite negative by the eighteenth century (it was often considered emasculating to call a man nice, for example), the connotation of “fine” tastes and “delicate” things had given the adjective yet another new meaning: nice began to mean “pleasant”. The bridge from “fine” to “appealing” can be seen, for example, in the way a gentleman might be admired in 1747 for his “nice white Gloves,” for example (D. Garrick, Medley of Lovers). This new sense is dominant in English today, and led in turn to the nineteenth-century sense of “sweet” or “kind”, which is still the most common meaning of nice when the adjective is applied to people. Given its dramatic twists and turns of meaning, it is interesting to note that in everyday use, the word nice is often used ironically, echoing its ancient roots in insult and mockery. English speakers say things like “Nice work” or “Nice haircut” on a daily basis, but the way we say it can sometimes make it clear that we’re not trying to be nice.

In day-to-day English, cynics are people who just don’t have much faith in people. A cynical person always assumes the worst about others. This dominant conception of cynicism reminds us that words can stray quite far from their roots as years go by. In the original sense of the term, Cynicism was a school of Greek philosophy. The word was derived from the ancient Greek adjective kunikos, which meant “dog-like.” It’s not perfectly clear how the Cynics earned this name, but it may have something to do with the fact that they liked to assemble in the Cynosarges gymnasium of Athens - just as the Stoic philosophers were those who liked to hang around under the city’s stoas. In any case, it’s clear that the Cynics were widely considered to be dog-like in the way they defied the manners of polite society. Like the Stoics and others, Cynics worked hard to transcend everyday comforts and concerns, including sometimes mainstream social respectability. Even today, words like stoical and philosophical are often used to describe a kind of mindful equanimity that transcends the rat race of mundane life. The Cynics were only unusual in terms of how far they pushed this ideal. Diogenes of Synope - probably the ancient world’s most famous Cynic - encouraged sexual acts in public, for example, and lived on the street in a ceramic tub. Despite the fact that the Cynics were explicitly pursuing divine perfection and human virtue, their eagerness to thumb their noses at establishment values earned them a bad reputation. They were often simply dismissed as negative, misanthropic cranks. In this way, the word cynic stopped describing a philosopher positively obsessed with pursuing human virtue, and started to describe a naysaying grouch who doubts the existence of human virtue. Both meanings survive in English today, but the greatly altered second connotation is the one most of us know and use.

The etymology of the word snob is not altogether clear, and is often explained with reference to either of two competing theories. The first explanation is based on the earliest written attestations of the word, from the 1780s, which indicate that snob was an informal name for a cobbler. Francis Grose’s Classical Dictionary of the Vulgar Tongue (published in London in 1785) already lists this sense. However, the semantic development that followed is meandering and surprising. The term was picked up by students of the University of Cambridge (England) around the beginning of the nineteenth century to mean, very broadly, “anyone from the city who isn’t a student”, i.e., not only cobblers but also merchants, labourers, etc. From this sort of use, snob came to mean “someone from the lower classes”. Because members of the lower classes sometimes aspire to the behaviours and reputations of the higher classes, the meaning of snobs further shifted during the nineteenth century to describe members of the bourgeoisie known for trying to appear well-to-do or of noble birth. This definitive evolution of the sense (in terms of today’s definition of snob) was secured by the success of William Makepeace Thackeray’s satirical Book of Snobs (1848; first serialized in the magazine Punch as The Snobs of England, By One of Themselves). By the twentieth century, this sense was unambiguously dominant, along with the extended meaning of “individuals that look down on people whom they regard as socially inferior”. The literal, original sense of “cobbler” has completely disappeared, and actually looks today like an antonym.

The second popular etymological theory about the origin of snob points to the Latin phrase sine nobilitate, which means “without nobility”. This alleged connection can only be found mentioned in print well after the word’s first attestations, though, and is in all likelihood an example of “folk etymology.” Because of its frequent association with snob, it may nonetheless have played a role in establishing the term’s use and social significance. Abbreviated as “s. nobilitate” or “s. nob.”, the phrase does indeed look a lot like the word snob. Despite its allure, though, this fanciful a posteriori explanation is at best speculative. We hope that judgment doesn’t sound too snobby.

As food lovers celebrate Sandwich Day, can you explain why hot dogs contain no dog, hamburgers contain no ham, and dagwoods contain no wood? This month’s Word Stories will nourish your curiosity by examining some common words associated with the noble yet humble sandwich. 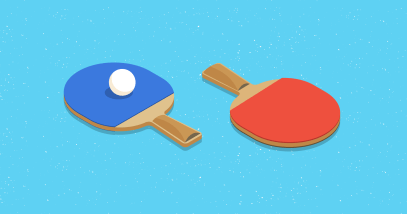