Whom Do You Think You Are?

Do you know someone who likes to over-pronounce foreign phrases? How about someone who litters their speech with unnecessary whoms? These people are hypercorrecting, which means that they are unintentionally making language mistakes in an effort to sound more correct. Hypercorrections happen more often than we think, and some of them are quite common. Read on to see if your writing is a little too correct and why you may be hypercorrecting in the first place.

Language communicates more than just ideas. It can do other important work, too, like providing social cues or setting moods. For example, you probably wouldn’t start an important presentation with Sup dogs? and an error such as My team and me work well together on a cover letter can be embarrassing. In such settings, a formal register that obeys formal grammar is expected.

Often, we learn the rules for formal language in school, where they’re presented as the hallmarks of well-educated and well-connected people. It is no wonder, then, that many people strive to use these rules and this kind of speech in their everyday lives, to fit in or to mark themselves as distinguished. As linguists like William Labov have noted, though, people who are working hard to sound acceptably erudite are more prone to making errors by over-applying formal grammar rules.1 So if you’re making the following mistakes, don’t worry: it probably just means you’re trying to be aware of your audience.

Many people remember being told in grade school that saying sentences like Sally and me went to the store is incorrect and should be replaced with Sally and I went to the store. However, this instruction to avoid me in certain contexts has led to some hypercorrections like Thomas gave it to Juno and I, where the first person subject pronoun I is used in an effort to sound more formal, even though the pronoun me should be used in this position: the correct sentence is Thomas gave it to Juno and me. The distinction between the subject pronoun I and the object pronoun me is a remnant of the more robust case system used in Old English.

Today, English’s case system has reduced to the point where we don’t really notice it anymore. However, it is important to understand how to use these remaining pronouns correctly. If the pronoun is the subject of a verb, then it should get the case appropriate for a subject (I, she, he, we), and if a pronoun is an object, its form should reflect that too (me, her, him, us).

In another error related to the elusive case system of English, many people overuse the relative pronoun whom in an effort to seem more educated, as seen in the tongue-in-cheek sentence below, sometimes used by universities who compete against Harvard in collegiate sports.

I am for whomever beats Harvard.

In this example, the correct sentence should be I am for whoever beats Harvard because the indefinite pronoun is the subject of beats. Whom and its relatives should be used to refer to the object of a verb or preposition, whereas who always refers to a subject. A handy sentence that might help you remember the difference is “Who is speaking to whom here?”

Another common hypercorrection is bending over backwards to avoid ending a sentence with a preposition. In many cases, this will lead to a very convoluted sentence structure that may confuse your reader more than it improves your sentence structure. In an illustrative example, Winston Churchill is (somewhat doubtfully) reported as having uttered the following sentence:

“This is the type of arrant pedantry up with which I will not put.”

Even Antidote’s grammar guides advise ending a sentence with a preposition when it produces clearer speech or writing, but you can still see when you have ended a sentence in a preposition in the Constructions filter in the corrector. Just remember: don’t twist your sentence into knots.

Another error related to clarity is the hyphenation of adverbs ending in -ly, such as in the phrase a hastily-made cake. Adverbs ending in -ly should never be hyphenated in compound modifiers, such as in the example above. (A compound modifier is when two words work together to modify a noun.) In the case of compound modifiers that contain adverbs, the syntactic hyphen is obligatory for certain adverbs including well, best and much when these modifiers appear before the noun they modify (as in a much-loved book). They are optional when these adverbs follow the thing they modify (as in the book is much-loved/much loved). Hyphenation helps to avoid ambiguity and make language clearer; ambiguity can occur phrases like heavy metal detector. Here, the author could be referring to either a metal detector that is heavy or a device for detecting heavy metal. With a syntactic hyphen, heavy-metal detector can only mean one thing: a device for detecting heavy metal. Well, best and much only get syntactic hyphens because they can all be other parts of speech other than an adverb. For example, in the sentence The best doctor in the nation, best serves an adjective. When the modifier is hyphenated, the reader better understands what the author means.

However, in the phrase an aggressively pink shirt, no hyphen needs be placed between aggressively and pink. Hyphenating compound modifiers in which the first element ends in -ly is considered incorrect, because the fact that they are inflected with -ly means that it is already clear that they modify the following adjective. There is no possible confusion about what they modify, and so no disambiguation is necessary.

Another common error made with -ly adverbs consists of adding the -ly suffix to adverbs that don’t need it. It’s a mistake, for example, to write seldom as seldomly.

We hope you’ll find this field guide to common hypercorrections helpful as you navigate your own writing and speech. Hopefully, it will help you spot hypercorrection in the wild and make you a more confident language user! For more information on how to use grammar without overdoing it, you can consult Antidote’s grammar guides on syntactic hyphens, subject and object functions, and relative pronouns. 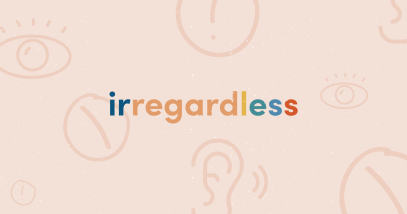