Do you already own Antidote+ for English? Add the French Module to your subscription and get the whole array of applications in both languages.

Add to my subscription

For Antidote 11 and Antidote Web, the same three-button toolbar gives you seamless access to the resources in both languages. What’s more, Antidote automatically chooses the appropriate language in a given context. The corrector can alternate between each language, even in the same document if necessary.

The dictionaries and the guides, including those of Antidote Mobile — Bilingual, switch smoothly from one language to the other, with all the power of their multiple search engines.

Already own Antidote’s 11th edition for English? The French Module is a distinct product offered as a downloadable module that integrates into Antidote 11.

You own Antidote 10? You must proceed with the Premium Upgrade to obtain the French Module.

You own Antidote 10? You must proceed with the Premium Upgrade to obtain the English Module.

* Prices in American dollars. Plus taxes, where appropriate.

Make the Upgrade to Antidote+ and Receive Two Books as a Gift!
Downloadable in digital form (ePub, PDF) – in French only 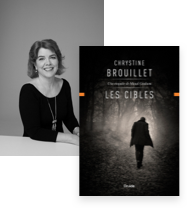 Chrystine Brouillet
Les cibles
Une enquête de Maud Graham
Value of
$16.99
There is nothing more frustrating for a police officer than a cold case: a case that, for lack of evidence, remains unsolved. Despite all her experience, Maud Graham always has a hard time accepting that unexplained cases are part of the job. Especially since in a quiet town like Quebec City, crimes do not abound. All the same, new clues have brought back into focus a murder and disappearance from years earlier for which neither culprit nor motive had been found. Along with the rest of her team, Graham will have to witness, once again, how some people’s visceral hatred can lead to drama and devastation.
Show more
Show less 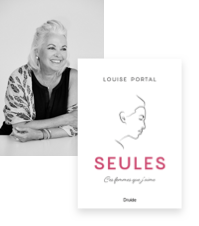 Louise Portal
Seules
Ces femmes que j’aime
Value of
$12.99
Inspired by the women she has known and loved, Louise Portal pens fifteen portraits of those who have learned to live alone. Whether they are hopeless romantics or have given up on love, whether they are artists, managers, caregivers or retirees, they all keep moving forward—beautiful, vulnerable and strong—in their own way. These free women, from various generations, form a shimmering kaleidoscope of unique and touching individuals. Some more easily than others, they tamed loneliness, aspiring to live fully and age peacefully.
Show more
Show less
Fermer